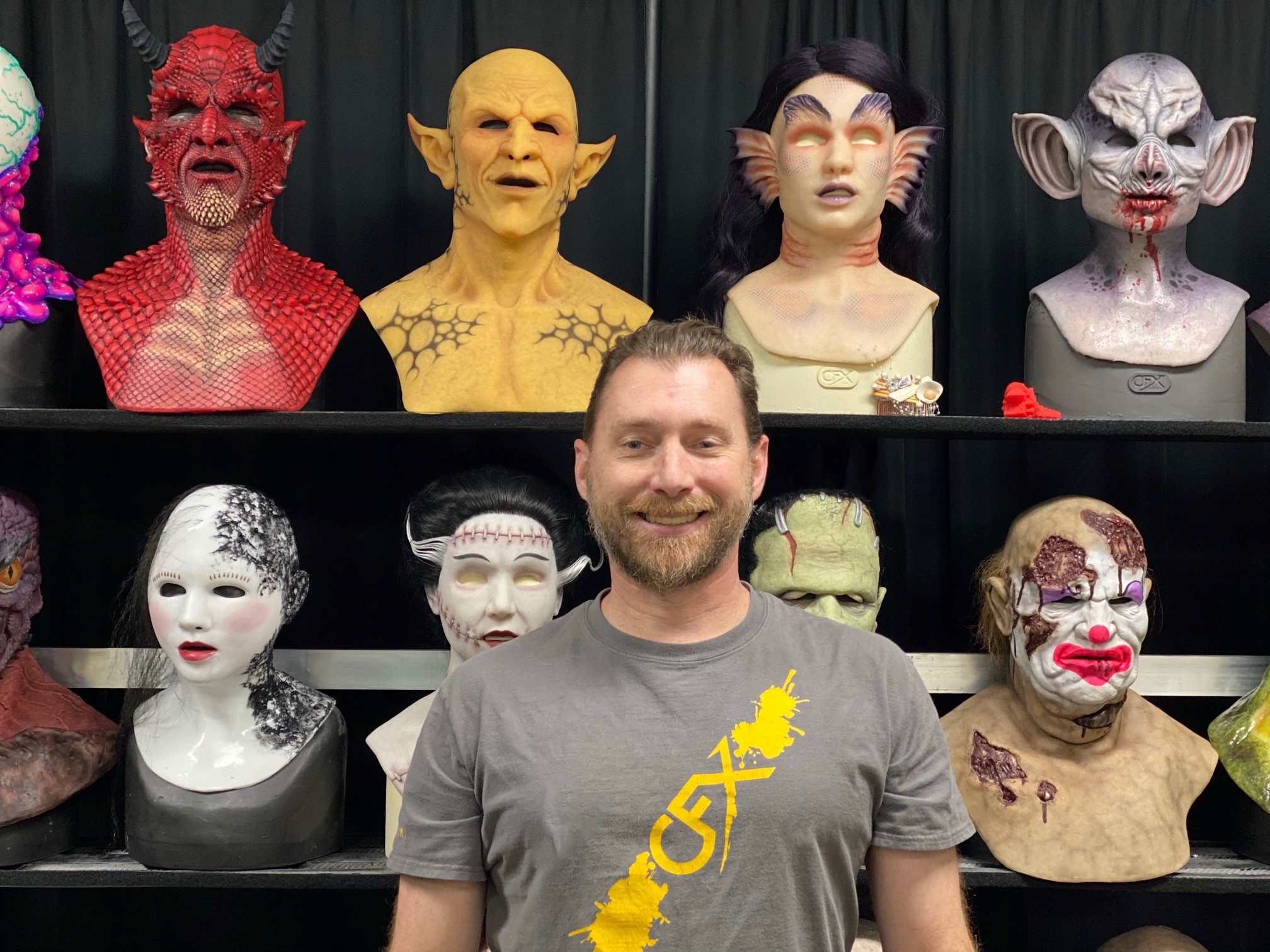 Bio:
A native of Southern California, Josh grew up down the street from Knott’s Berry Farm. His family were big Halloween fans and they would attend Knott’s Scary Farm every year. Josh started off by building elaborate home haunt walk-throughs when he was 13 years old. Encouraged by his family, the mazes grew bigger each year and would have hundreds of attendees. By 17, Josh was designing sets and rooms for various local charity haunts, including a large Boy Scouts of America haunt in an old beer bottling facility. He has worked as an actor for Knott’s and Universal Studios. He has also worked for Disney on numerous non-Halloween events in both a talent and a technical role.

Class Description:
This session will cover the care and maintenance of silicone masks and props. Josh Overturf of Composite Effects will discuss techniques on how to repair and repaint your masks and props as well as some simple upgrades that can be made to make your mask unique. BONUS: This session will end with a live prop casting demonstration.